Green Book is one of the most beautiful movies I have ever watched. This movie was based on a true story. This movie won 3 Academy Awards that year including for the best picture of the year and for the Best Supporting actor by Mahershala Ali. Also, this got nominated for 2 more Academy Awards including for the best actor in a leading role by Viggo Mortensen. I personally wanted to watch this movie because this was the first film, I watched Viggo Mortensen starring after The Lord of the Rings.

The story is about an Italian bouncer named Tony Vallelonga in 1960s. But he goes by the name Tony Lip. In the beginning of the movie, he was a bouncer at a night club. Then it gets closed and he had to find a new job so he could provide for his beautiful wife and two kids. Then he gets a job as a driver for a Doctor Shirley.

At first Tony thought that he was a medical doctor. Dr. Shirley is a great pianist.  Tony didn’t agree for that job  at first when Dr.Shirley said that he has to polish his shoes and do his laundry. But then Dr.Shirley convinces Tony to do the job because he thought that he was the perfect driver since he would need protection because he was black.

The job is eight weeks long. Tony had to drive Dr.Shirley all around the country to perform in private shows. Before Tony starts his journey, he gets a book from the music producers who paid him for the job, a book called Green Book. It’s a book that every black man must have when they had to travel through the country. Because at that time, for black people, there were different rules. They had specific motels they could stay. They can’t sometimes eat at specific restaurant. Green book had all that information.

When they get to the first show, Shirley tells to Tony that they would introduce him as well as his companion. So, it’s better if he goes by Valle because Vallelonga is hard to pronounce. But he wouldn’t agree with Shirley and tells him he would stay outside. Then at the show, Tony sees how good Dr. Shirley really is. He finds sudden respect toward Dr. Shirley at that moment even though he thought less of African people at the beginning of the movie. But throughout their journey, he starts to realize how hard it is for a black man to live in America. Dr. Shirley helps Tony to write amazing letters for his wife at home through their journey.

At one time, when Dr. Shirley went to a bar, he gets beat up because he was black. But luckily Tony got a message about that so he was able to prevent further damage to Dr. Shirley. Then another time, he gets a call from a hotel security. When he goes there, he sees that Dr. Shirley got caught by the hotel manager when he was having gay sex. But Tony manages to get him out of that situation by bribing the guards. Dr. Shirley gets furious about it at first but then he apologizes to Tony for his behavior. Then he says no problem because he knows that the world is a complicated place since he worked in night clubs most of his life.

Then later they get pulled over by a racist police officer. Then he asks Tony, why he works for a black man. Then when the officer asks Tony about his name, he tells the officer that it’s Italian. Then the officer calls him the n word. Then Tony snaps and hits the officer. Because of that both Shirley and Tony gets thrown in jail. But then Dr. Shirley manages to call the attorney general of America and gets them out of there immediately. Tony gets so impressive about that but Dr. Shirley says that it was humiliating for him.

Then they goes to their last show. When they went there, their car gets parked in the guest of honor spot. So it looked like they wanted to treat Dr. Shirley with respect. Then before an hour of their final show, Tony eats in the restaurant of that hotel with the rest of Dr. Shirley’s trio. But when Dr. Shirley tries to join them, the waiter says that he can’t go eat at the restaurant because he is black and because of hotel policy. Then they try to bring food to Dr. Shirley’s room instead but he disagrees with them.

He then gives the hotel an ultimatum. Either they let him eat at their restaurant or he won’t perform. But they wouldn’t agree to that. Then the manager tries to bribe Tony to convince Dr. Shirley to perform. But he disagrees. Then Dr. Shirley says that if Tony says so, he would perform. Then Tony says “Let’s get out of here”. Then they goes to an African bar and Dr. Shirley performs there and impress everyone. Both Tony and Shirley enjoys that moment so much.

Then they try to go home without any rest because if they do that, Tony would be able to go home before Christmas Eve. But when Tony couldn’t drive anymore, Shirley starts to drive instead and he manages to get Tony home before Christmas Eve. Then when they get there, Tony invites Shirley for dinner but at first he disagrees. But when Shirley goes home he realize how lonely he is. So he goes to Tony’s house again. When Tony sees him, he gets so happy and then he introduces him to his family. Then Tony’s wife hugs him and thanks him for helping her husband write those letters. Then the movie ends with a happy ending.

This movie was rich on lots of things. At the beginning I never would have thought that this would be a masterpiece. But the director managed to make a movie that is so meaningful and mesmerizing. This movie was not boring at all. Also, this movie tells the audience the unfairness black people had to face in the 1960s because of the majority of the country’s mindset.

There were no laws supporting those behaviors. Every problem black people at that time had to face were because people were racist and thought less of African people. The police would treat them differently and even the hotel that welcomed Shirley as their guest of honor wouldn’t let him dine in their restaurant only because he was black.

I think everyone should watch this phenomenal movie because we should know how our society was before in order to overcome the boundaries we have today. 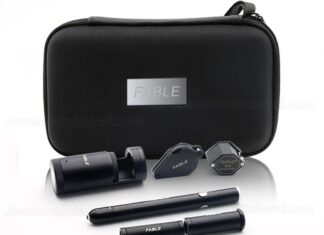