What Is Internet of Things?

We can’t physically touch the internet because it’s intangible. It exists only inside computers. But when technology started to develop in a rapid speed, people started to connect electronic devices (physical objects) into the internet so they could exchange data with other devices to enhance their performance and many more. These kinds of physical objects or devices are called Internet of Things or IoTs.

There are countless examples for internet of things such as smart TVs, watches, toys etc. Then there are security devices that are connected to the internet that are also internet of things. But the above mentioned are just a tip of the iceberg.

The Impact of Internet of Things on the Internet

This impact is mostly positive. IoTs are already reducing a lot of long term costs regarding healthcare and improves the quality of human lives. Not only that, IoTs also helps a lot regarding education both on school level and university level. Also IoTs helps run public transportation systems a lot smoother with fewer bottlenecks. But one of the biggest impacts of IoTs is that it helps a lot on reducing carbon footprints. It’s calculated that IoTs will help reduce our current carbon footprint around 15% by 2030.

Types of Internet of Things

Generally there are 6 types of IoTs in the world and they are categorized based on the way they are connected to the internet. Let’s talk about the most popular categories.

LPWAN stands for low power wide area networks. This is used to transmit a low amount of data wirelessly in a large area. LPWAN are cost effective and efficient in data transmitting.

3G, 4G and newly introduced 5G belong to this category. This is how your smart phones get connected to the internet. 4G is already has a downloading speed of 5 to 12 Mbps. 5G has about 10 Gbit/s but it still has to be distributed around the world. Cellular has a wide range with high level of speed. We can download movies or watch streaming services like Netflix or Disney plus with this technology.

At first, Bluetooth was only introduced to cellphones but nowadays there are a lot of Bluetooth devices in the world such as speakers, mikes, glasses and many more. Even electric cars and hybrid cars has Bluetooth now and has the ability to connect to the internet to perform better.

In modern world almost every house in developed countries has a Wi Fi connection since it has become an essential. Just like Bluetooth, a lot of devices have the ability to connect to Wi Fi. This can be used to connect to other devices also (not just connect to the internet). This doesn’t have a wide area range but is a lot faster especially fiber optics connected Wi Fi.

Internet of things are considered the next stage of the internet. In modern world the internet has become a must but it can only do so much just by being an intangible entity. But with the help of IoTs, the internet can provide more better and accurate data and humans will have easier access to internet with a physical touch. A good example for this is Google maps. It shows the traffic areas, ETAs, best routes etc.

These tasks would never be possible without IoTs. In that particular example, IoTs are the mobile phones with GPS turned on. Devices like Amazon’s Alexa is also a good example for this. We can use the internet to do a lot of tasks only by verbal commands with Alexa.

Even though there are lots of advantages with Internet of things, there are a couple of disadvantages too. The first and main concern is the breach of privacy. When a person uses an IoT device, there is a possibility that device can be connected to another device which the user has no idea of (only if that person is not familiar with technological devices). And that fact can lead to privacy concerns.

Another issue is humans relying a lot on technologies. This point is shown on lots of movies and series such as Black Mirror, Wall- E saying that we should never rely on technology so much. The reason for this is sometimes it could be possible for technologies to be manipulated unlike the human mind.

Another huge concern is losing of human jobs. With the help of IoTs, it’s very much possible to replace human jobs with machines. Companies would most probably do this since it would be so much cost effective on the long run and will reduce human errors to a minimum. But on the other hand, it will increase the unemployment rate and that can lead to so much more problems.

Future of Internet of Things

It is said that in ten years (when it’s 2030) IoT devices will grow up to more than 100 billion. Also the improvement of 5G will be an essential element on this growth. Currently IoT market has a value of 212 billion US dollars but forecasting suggests that this value will grow up to 1.6 trillion US dollars in five years. So in general, IoTs are becoming an essential part in human lives and it will most definitely improve the quality of human lives for the better. 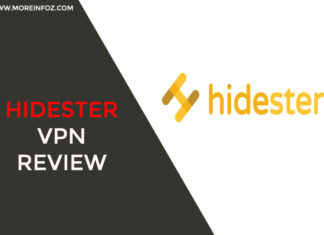 Achintha Wijewickrama - May 6, 2021 0
Hidester is a VPN service provider based in Hong Kong. You can download the premium version or you can use the web...