The Hundred Foot Journey was a very beautiful and mesmerizing movie. If you are a Bollywood movie fan, then there are some familiar faces for you in this film such as Om Puri and Juhi Chawla. And the main characters are played by Manish Dayal and Oscar winning actress Helen Mirren. The story is about Kadam family from India, moving to a small town in France to open a restaurant.

They get a nice place to open their new restaurant but another restaurant is right across the road. This restaurant has a Michelin Start which is the biggest honor a restaurant can achieve. The owner of it is Madam Mallory played by Helen Mirren. The distance between these two restaurants are exactly one hundred foot thus the reason for the name of the movie.

At first, all members from Kadam family goes against this decision except papa Kadam who was the head of the family. At this moment of the movie, I personally noticed that the actor that plays the role of the oldest son of Kadam family which was Amit Shah, has the exact same voice and accent as Karan Soni. Karan Soni played the character Dopinder in Deadpool.

This will go on for some time. At one-time papa bought all the pigeons from the market so Madam Mallory would not be able to serve a pigeon dish for the minister. Then the second son from the Kadam family, Hassan tries to apologize to Madam Mallory for this incident by making a pigeon dish for her. Then she tastes it and throw it away. But she realized that was the best pigeon dish she has ever tasted and it was made by an Indian cook who had no proper knowledge or training. But her ego was too big to admit that.

At this time Hassan manages to have an affair with Marguerite, who was another chef that works at Madam Mallory’s restaurant. She actually is the reason Hassan manage to learn a lot about French cuisine.

Then another chef from Madam Mallory’s restaurant tried to burn down papa’s restaurant as part of the rivalry. He acted on his own because Madam would never agree to that kind of behavior. Even though they couldn’t do much damage to the restaurant, Hassan’s both hands got burn severely due to that incident. Then Madam fires that chef and then she put an end to their rivalry.

That chef also sprayed on Kadam family’s restaurant wall a sentence that translates to “France for the French”. So Madam Mallory comes by herself to clean that up the next day while it was raining heavily. At this time Hassan realizes that he could learn a lot from Madam Mallory. So he approaches Madam when she was cleaning their wall and tells her that he wants to make an omelet for her. He did that because that’s the only thing anyone has to do to be a chef at Madam Mallory’s restaurant. No interviews, no questions. Just an omelet.

Then she tastes it and decides if she wants to hire that chef or not. Then after they goes inside, Hassan says that she will have to do exactly what he says since his hands are burned up and bandaged completely. Then she cooks it exactly how Hassan describes. After she tastes it, she says that it was the best omelet she has ever tasted. Then she says he got the job. Not because of the omelet but also because of that pigeon dish she threw away.

At first Papa forbids Hassan to go and work for Madam Mallory, but she finally manages to convince Papa that it would be so good for Hassan, that he would learn how to cook with proper class. Then because of Hassan, Madam Mallory’s restaurant will get another Michelin Start after 30 years. The news will spread that Hassan was the reason for that second star. Because of that, he gets a really big job in Paris.

At this time Madam Mallory and Papa Kadam starts to date. But Hassan’s relationship with Marguerite almost falls apart when he leaves for Paris. Then he becomes famous around the country as one of the best chefs and becomes a celebrity. Then at one time when he was at his restaurant at night, he sees another Indian chef eating by his self. Then when he sees Hassan, he invites him to join.

He was eating roti made by his wife. When Hassan ate some, he starts to cry because he remembered where he came from because of the taste. And he also remembered what his mother taught him about cooking and how alone he was in Paris. After that incident he decides to move back to his family. This was after a year since he moved to Paris. Then he makes a deal with Madam Mallory that he will run the restaurant with Marguerite. Madam Mallory and Marguerite agrees to it and his sudden return was a surprise for all of Kadam family members. Then the movie ends when Hassan and Marguerite made dinner for all of them at the dawn of the New Year.

All aspects of this movie were at a high level for me personally. Directing, acting and music were marvelous. Specially the music. It managed to capture Indian scenarios in a French background perfectly. Characters such as Madam Mallory and Papa Kadam were also exceptional. Both had so much in common.

Both were so stubborn and both wanted the other to lose but at the end they found love in each other. The story and character building was also superb in this two hours and two minutes long movie. The only mistake I found in this movie was at one point, Hassan’s hands get completely burned.

The audience can see that clearly. But later in the movie there were no scars on his hands at all. They looked completely fine. Other than that, overall wise I think this was one of the best movies I have ever seen and I would totally recommend this picture for anyone. 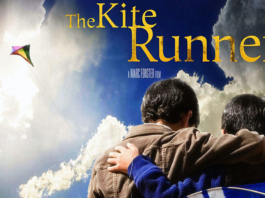 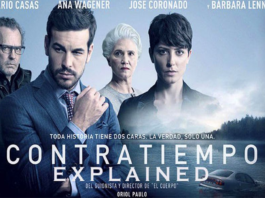