Home Anime Why You Should Watch Naruto Anime in 2021
Share
Facebook
Twitter
Pinterest
WhatsApp
Contents hide
1 Why you should watch Naruto Anime
1.1 Naruto anime has the greatest story ever
1.2 Has Awesome and very interesting Characters
1.3 You can watch Naruto anime with a Beautiful lady
1.4 There are no plot holes in the story
1.5 Has some of the most memorable fight scenes in anime history
1.6 Lots of surprises throughout the story
1.7 Some of the vicious villains in anime history
1.8 Gives us hope
1.9 Most characters will have an effect on you personally
1.10 Don’t have a one sided storyline
1.11 Most probably turn you into an Otaku

Why you should watch Naruto Anime

If you are an Anime fan, then you probably heard of Naruto even if you have not watched it. The reason for Naruto’s popularity is that it’s the perfect anime series in every way. When someone watches it, most probably they would love it even if that person is not an anime fan. If you have watched Naruto anime already then you know that this is true. If you have read the manga and hoping to watch Naruto anime then please go for it because you would not be disappointed. So let’s talk about why you should watch Naruto anime and why it’s perfect in every way.

The story of Naruto is not just great, it’s inspiring and it can and will motivate you. There are only a few of animes there are that has a storyline like this because it’s really hard to create a story like this that has everything. Also this awesome motivational storyline has lots of comedy, adventures, sadness, fight scenes and many more. This reason alone is enough for you to watch Naruto anime.

Not only the story is awesome, this story is also full of awesome and very interesting characters. Not just the main character but characters like Kakashi Hatake, Sasuke Uchiha, Hinata Hyuga, Itachi Uchiha andObito Uchiha are so interesting and have awesome character arcs. As you watch Naruto anime, you will begin to fall in love with each and every character for different reasons but I’m not going to tell them here and spoil the characters.

Yes this is correct. If you already have a girlfriend or is married, it wouldn’t matter because it’s not what it sounds like. There is a YouTube channel called “Suzy Lu” and in it a very beautiful girl uploads all her reactions to every episode. If you haven’t started watching Naruto anime yet then I would strongly suggest you watch it with her because her every reaction is priceless and her sense of humor for the show will give you another level of satisfaction.

Even though there are a lot of episodes in Naruto and the story is very long, there is very few to none plot holes throughout the whole series. Usually when a series gets so famous, unnoticeable plot holes and mistakes begins to come to light. But experts still have not found any major plot holes in the story and they have declared that Naruto story is just simply perfect. That’s also another reason for you to watch Naruto anime.

If there’s one thing in common in almost all anime, it’s that they are all full of fight scenes. It doesn’t matter the genre of the anime. If it’s horror, action, adventure, thriller, comedy or a combination, it will most probably have fight scenes. But what’s special about Naruto is that there are a lot of memorable iconic fight scenes in it that changed the fight scenes in anime history. These fight scenes gave a new outlook for anime action era and changed it for the better. So you can experience that change for yourself if you watch Naruto anime.

There are countless surprises throughout the series. There are twists and unexpected scenes that you can never assume for the first time and that makes this story far more interesting to watch.

Not going to name them because I don’t want to spoil the series but if you watch Naruto anime then you will see some of the best villains in anime history. They are not considered best because of how strong they are but because of their personality and character arc.

As above mentioned, this series managed to motivate us but not only that it also can gives us hope in real life. If you are down for some reason in real life then this series can help you get back up and have hope that everything will be ok. In my opinion, that alone is enough for someone to watch Naruto anime.

This series is not solely based on the hero. The villain also has a huge part. In most stories (not just anime) the hero is the main focus and the villain is there just so the hero can defeat him in the end and be the hero of the story. The hero is always right and the villain is wrong but not on Naruto. There is a special focus for the villain and the story manages to successfully justify the villain’s actions. That’s also a huge reason for you to watch Naruto anime.

If you don’t know what an Otaku is then here it is. Otaku is a person who likes anime and manga so much and has a huge interest in them. If you love anime in general so much and love to read manga and obsessed about them then congratulations, you are an Otaku. Logically for that to happen after watching a single anime series, that particular anime series must have a huge effect on you and Naruto can have that effect on you because this series is that perfect in every way.

If you are already a hardcore naruto fan, then you must check out these must play naruto games. 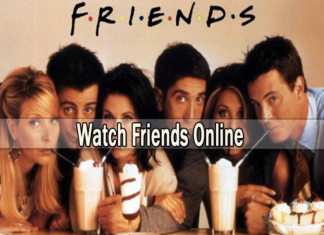 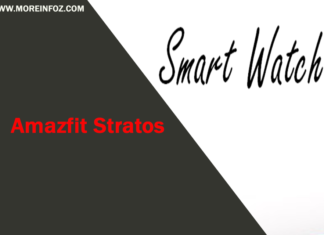